It’s Christmas Day 2016 and I’m in a generous gift-giving mood, so for my review blog for the year I’m giving you not six, not seven, but EIGHT pictures. Well, that includes the header above, taken one November morning as the sun’s rays spread across the third highest mountain in the world, Kanchenjunga, from the West Bengal hill station of Darjeeling.

It’s been another exciting year with some amazing assignments and adventures. Here are a few highlights – well, seven to be exact:

Reijo Jääskeläinen runs the Levi Husky Park near Levi in Finnish Lapland. In January I visited Lapland to write a story about how this part of Finland is becoming popular with film makers – with animals among the acting casts.

In May I went to the one-time Finnish military island of Örö. It’s a spring tradition for myself and a group of friends to ‘conquer’ a different Baltic island. Because access was limited to the military for many years, Örö’s environment is especially pristine. 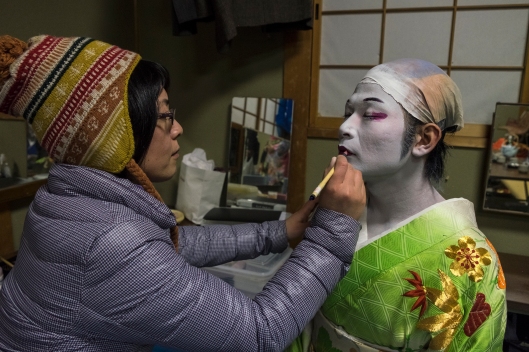 My visit to Japan included a tour of the mountainous region north of Nagoya, where I went behind the scenes at a Kabuki theatre.

Northern Kerala in India is the exclusive location of the weird and wonderful Theyyam ritual, a colourful spectacle involving several hours of make-up and an attempt by participants to become  inhabited or possessed by the deities they impersonate. Extraordinary.

In the summer I found myself in Belfast in Northern Ireland for the first time, taking a tour in Billy Scott’s black cab around the city. This stop was at the Peace Wall which separates the Republican Falls Road and Loyalist Shankill Road communities.

Capturing this shot of the Stromboli volcano erupting  in October was something a ‘bucket list’ moment. I’ve seen volcanoes smoking and steaming in Asia and all over Central America but I’d never seen or shot a full scale eruption before. 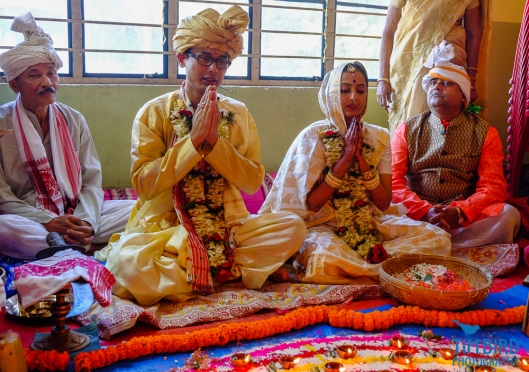 I was honoured to attend the wedding of friends Drahkya and Subrata in the town of Nagaon in Assam, India in November. The hospitality of my hosts was overwhelming and the occasion was touching and colourful, and an opportunity to make new friends.

So where next? Lapland again, a voyage on a working icebreaker in the Baltic, and another India adventure are planned so far, but new years always bring new surprises. Watch this space…! And best wishes to all ‘visitors’ for a happy and peaceful Christmas.