Who knew it? October 4 is World Animals’ Day! Time to feel the beast in you.

The official World Animal Day website states its aim as “To raise the status of animals in order to improve welfare standards around the globe. Building the celebration of World Animals’ Day unites the animal welfare movement, mobilising it into a global force to make the world a better place for all animals. It’s celebrated in different ways in every country, irrespective of nationality, religion, faith or political ideology. Through increased awareness and education we can create a world where animals are always recognised as sentient beings and full regard is always paid to their welfare.”

It seems like an event worth marking in photo form, so here are six photos from some of the unforgettable close encounters I’ve had with various wildlife in recent years. I’m not a wildlife photographer as such – I probably don’t have the required patience – but I have still been lucky enough to photograph animals in many special locations.

More observant readers will notice that there are in fact seven images here, not six. Sorry about that. It might happen again.

Brown bears sound each other out in a summer storm in eastern Finland. There are a number of hides along the border between Finland and Russia where you can watch brown bears through the summer night. This time I was hosted by the Boreal Wildlife Centre near Kuhmo in Kainuu, right up on the northeast of Finland.

Crocodiles, Costa Rica. This shot is from a famous bridge on one of the main highways crossing the country and spanning the Tarcoles River. Like much wildlife in Costa Rica, the crocs are easy to spot, sometimes dozens of them, basking in the mud beneath the bridge.

Monarch butterflies, El Rosario, Angangueo, Mexico. This reserve is in the hills above the otherwise unexciting town of Angangueo, about four hours from Mexico City, to which millions of Monarch butterflies make their way each winter, migrating from the mountains of northwest America. I got to the forest before anyone else early in the morning and watched the wings of the insects warm and open as the sun rose. Truly extraordinary.

Grey whale, Baja California, Mexico. I timed my trip to Mexico to be able to see both the butterflies (above) and the grey whales that congregate here to mate before heading back north. I can still barely believe that I saw these enormous animals. Rather than breaching, grey whales pop their heads above water and rotate their heads like periscopes. They are very curious and once they realised that myself and my two companions in a small boat were not a threat, they started to emerge, dozens of them in all directions. It was hard to know which way to look. 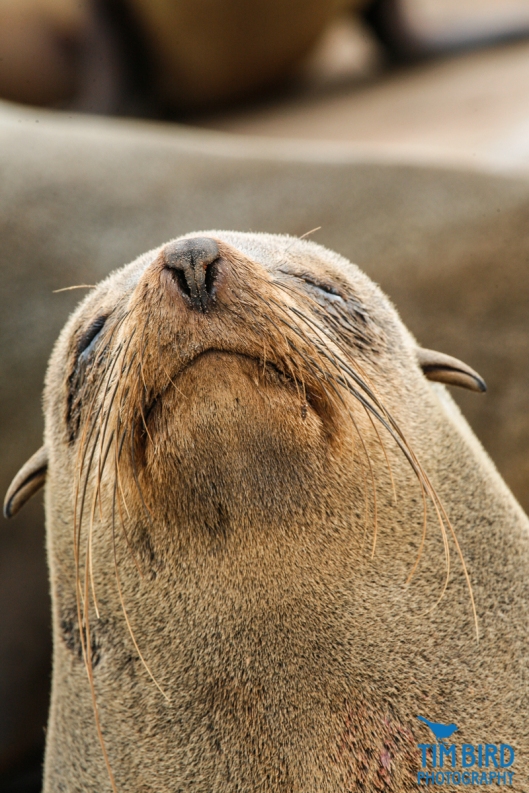 Cape fur seal, Cape Cross seal colony, Namibia. I left the group of journalists I was with for half a day to take a private trip up to Cape Cross, and I could smell the vast colony and hear their calls before I saw them, hundreds of them, spread across the rocks and spilling into the South Atlantic. The saddest thing was spotting the pups separated from their mothers and being instructed by the warden that it was against the rules to try to pair them up – nature must take its own course. 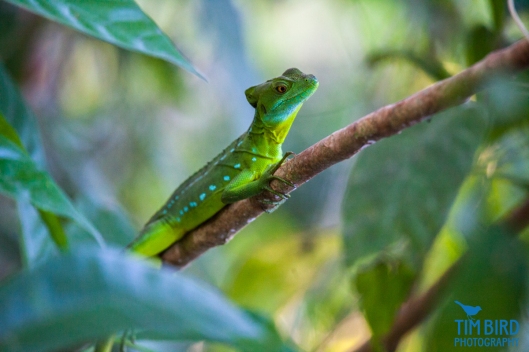 A green lizard, Tortuguero swamps, Costa Rica. Tortuguero is on a waterway running parallel to the Caribbean coast. All sorts of wildlife, including sloths, iguanas, snakes and brightly coloured tree frogs can be spotted on early morning boat ‘safaris’. A magical place. 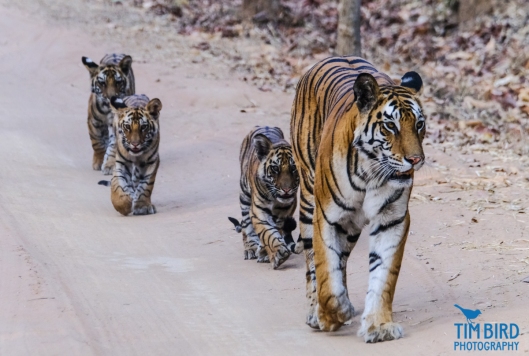 A mother tiger and cubs, Bandhavgarh Tiger Reserve, Madhya Pradesh, India. This little family, minus father, came strolling along the forest track by surprise, obligingly passing my jeep within just a couple of metres. My pulse shoots up when I look at these photos. My base was the very accommodating, friendly and knowledgeable Jungle Mantra Resort – recommended.

These images are the tip of my photographic iceberg, much of it stored on my website at www.timbirdphotography.com. Watch out for my Instagrams at @tim_bird_photo, Tweets at https://twitter.com/BirdTimothy and Facebook stuff at https://www.facebook.com/timbirdtravelphoto/

Thanks for dropping in. Please share and do visit again!

A photo blog delving into my travel photography archives at www.timbirdphotography.com

A few years ago I had an obsession with volcanoes. Or rather, my continuing obsession with volcanoes manifested itself in the form of several visits to Central America, to Guatemala, Costa Rica and Honduras, for example. One of those visits was to Nicaragua where I did managed to gaze, Frodo-like, into some ominously smoking volcanic craters. More of those later, but here is a quick New Year re-visit to the lakeside colonial gems of Leon and Granada, and a glimpse of one smoking vent.

Street mural commemorating the July 23, 1959 massacre of slaughters in Leon.

Street scene from the bell tower in Granada

Firework celebrations in the square at Leon

My guide, Jesus, took me to the mountain. Here he is peering dangerously into the smouldering crater of the Telica volcano.

Festival procession makes its way to the cathedral square in Leon. 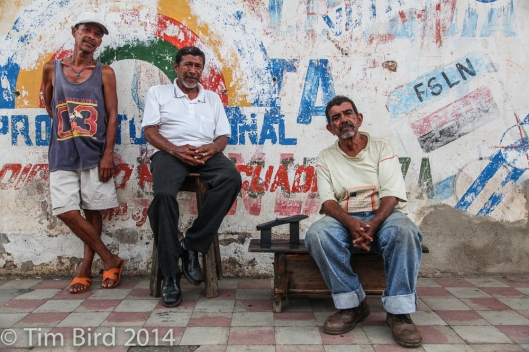 Six Picks is a fairly regular introduction to my travel photography. To view my galleries, visit my website at www.timbirdphotography.com. If you enjoy your visits, please share, Tweet, shout and holler.