In November 2011 I sat in a car loaded with luggage and five ladies from Kolkata airport to the town of Balasore in the Indian state of Odisha (also called Orissa). Of those ladies, three were Finnish and two were Indian and we were on our way to visit a small, remote and very poor village in the flat Odisha countryside. The village was (still is) a Dalit, otherwise known as ‘Untouchable’ community, right on the bottom rung of the Indian social and economic ladder.

The Finnish girls were members of an NGO, Tikau Share (Tikau means ‘durable’), that was developing the artisan skills of the villagers, especially the women, so that they could sell their bamboo design handicrafts via the Tikau shop in Helsinki. The charity also donated clothes and toys and blankets, and our car was loaded with extra cases of odds and ends. There was barely room to breathe, but I managed to get the seat in the front with Ganesh, the Elephant God, whose job it is in Indian vehicles to remove obstacles to travel on the chaotic and often very bumpy road ahead. 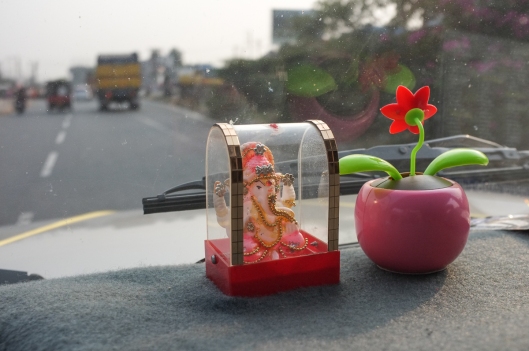 The airline, Finnair, had donated extra kilos so we could carry all this stuff to India. I was going to write an article about the project for the Finnair magazine Blue Wings.

The next two weeks were an inspiring, life-changing event for me and I returned to Finland having made three great friends in those Finnish girls, who included Taina Snellman, the founder of Tikau, a female pied-piper who casts a charm over everyone she meets, luring them unsuspectingly and inescapably into the Tikau camp. I’ve returned to India and that village many times since, and I made a multimedia documentary, Outcastes, about the village in Odisha. We’ve held exhibitions on the theme of Design Helps, we’ve got sick and got well again, there have been romances and weddings, there have been adventures…

This year Tikau/Tikau Share celebrates its tenth anniversary, and the villagers have increased their confidence, their self-sufficiency and resourcefulness while Tikau has continued to sell their products and those of other Indian artisans. I was checking through my photos from that first visit – I have hundreds more from subsequent visits -and thought this would be a good time to shake them free of digital dust and reveal them to the world again. So here’s a selection (yes, this is meant to be Six Images, but who’s really counting):