Christmas 1994, the first in our house, and the first with two little Finnish stepdaughters who still viewed their new foreign stepfather with more than a little suspicion. What better way to break the ice than buy myself a red gown and some cotton wool and dress up as Santa? Pity my wife didn’t tell me she had ordered a similarly attired visitor who rang the door bell before I had time to change into my festive kit. The little girls were happy, but I am annually reminded that, if looks could have killed, the Father Christmas who delivered the presents in our lounge that day wouldn’t be delivering presents anywhere else ever again. Thanks, Santa, for stealing my thunder.

Nothing else this time, just a taste of Christmas in Finland:

Father Christmas’ one true home is in Lapland on the Arctic Circle near the Finnish city of Rovaniemi. The ferocity with which Finns defend their faith in this truth is almost scary. Woe betide anyone who dares to suggest that the old fella comes from Norway or Sweden or Greenland. 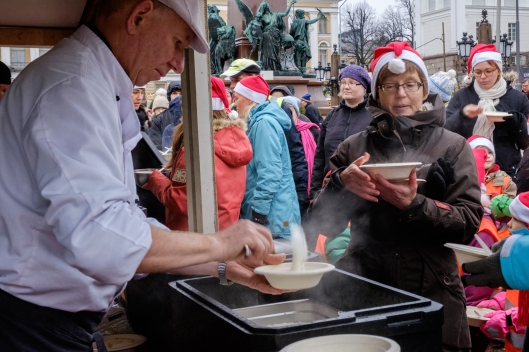 Christmas porridge in Helsinki’s Senate Square. Find an almond in your porridge and you’ll soon find a spouse, if you haven’t already got one. Really.

Woolen socks and mittens at the Three Smiths Square Christmas market in Helsinki. 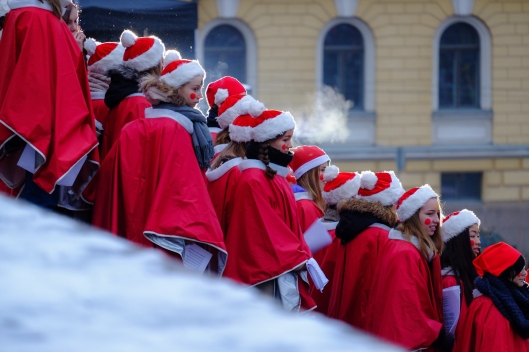 ‘Elves’ choir lets off steam on the steps of the Lutheran Cathedral in Helsinki. 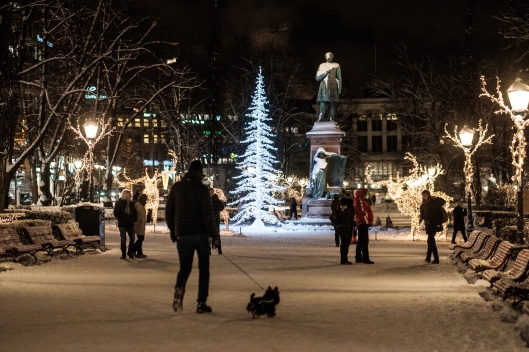 Above: Christmas in Helsinki, quickly.

Have a good one, everyone.