December 6 is Independence Day in Finland and this time around it marks a century of independence, snatched from Russia in 1917 while that country was distracted with the small matter of a revolution. Usually the occasion is marked with a sedate and rather tedious queue of dignitaries at the President’s Palace in Helsinki and the lighting of candles in windows. I’m hoping that this time things might get a little wilder, in view of the significance of the event. 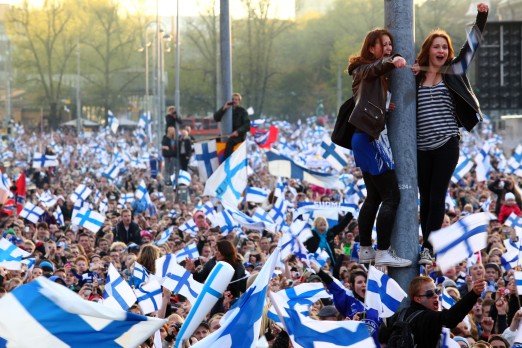 This is what Finns do when they win the Ice Hockey World Championships.

It dawned on me today that I have been living in Finland for more than a third of its independent existence, having arrived laden down with luggage, a wide-eyed and innocent 26-year-old, on the Viking Line ship from Stockholm in late August 1982.

Fitting, then, that I’m writing this on the Viking Line ship from Tallinn, not quite so wide-eyed or innocent. Narrow-eyed, in fact, after a trip through the Baltics that included one or two samples of various national beverages. 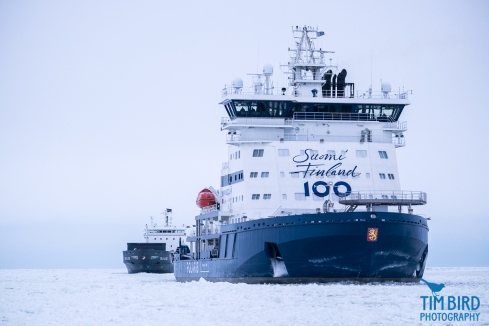 Guaranteed to break the ice: the state-of-the-art Polaris icebreaker went into service in 2017, adorned with the Finland 100 logo.

Like all expats, and in spite of having lived here for my entire adult life (which didn’t really start until about 1990 and which some might say has still to get going) I moan about Finland. I moan about the price of beer. I moan about how Finns, in spite of the price of beer and other drinks, go out of their way to get legless. I moan about the endless roadworks and construction sites, about how nobody says ‘thanks’ when I hold the door open for them. I moan about the length of the winter and how the guys with the snow ploughs pile up the snow in front of my gate. Probably unfair these days, since the guys with the ploughs are quite likely to be Estonian. About how the neighbours pile on the peer pressure by cutting their hedges immaculately while I let mine grow ragged. Nothing to do with the fact that they are Finnish, of course, and more to do with the fact that I am lazy.

The Finnish winter – beautiful, but on the long side. A view from Lapland.

Since I have also spent a large part of my professional life singing Finland’s praises in books and articles and radio interviews, I feel entitled to have a go at it sometimes. Of course, if this Brexit nonsense goes through I might have to think about being a Finn myself before too long. In which case, I suppose I’ll have to review my moaning strategy. 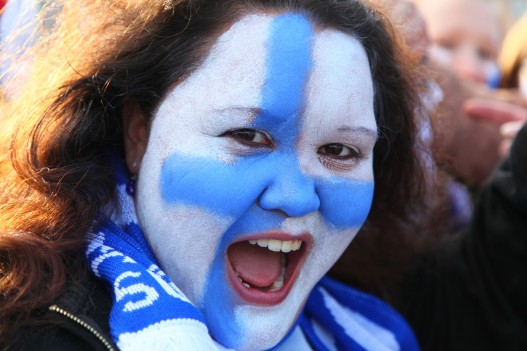 But this week Finns are rightly taking the opportunity to celebrate all the good things about their country, and I have to own up to the fact that Finland has been pretty good to me when all is said and done. It lets me speak English most of the time for one thing. So I’m adding my voice to the chorus of congratulatory celebrations.

The Finnish sauna. Had to be mentioned.

This is a country that still has a fantastic health service which has come to the rescue of myself, my family and my friends on many occasions, at little cost, for example. It seems like a much more confident and outward-looking country than it was when I first came here. Not always as perfect as it would like to think, in spite of all those world surveys that say it’s best at everything. But pretty good when you compare it to various other countries. And anyway, any country that really was perfect would have to be pretty boring.

So happy birthday, Finland, and thanks for all the opportunities you’ve put my way. And talking of opportunities, before the next century is up, just try to get the hang of the difference between opportunity and possibility.